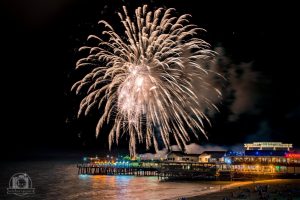 As the New Year begins, ROW continues to protect Redondo Beach Residents, because a majority of our elected officials will not. Specifically, the same three North Redondo City Council members scramble to retain power of the “Old Guard” regime at all costs, blocking everything Mayor Brand was elected to accomplish to benefit all Redondo Residents. The Combination of Councilmembers John Gran, Christian Horvath and Laura Emdee continues to be the biggest existential threat to our city and our prosperity.

Our 2020 goals carry over from the last decade, and we expect to announce more soon.

*        Ending the $15 Million Dollar CenterCal Lawsuit, and starting the long-awaited revitalization of our pier and harbor.

If the City wins our appeal to the  CenterCal-claimed vested rights lease case, which is likely,  we can kick CenterCal to the curb once and for all. The basis for this appeal is simple, as CenterCal wasn’t entitled to a court trial yet – they had not allowed the proper legal course of action to take place per the ALPIF (the agreement with the city to enter into a lease) that they signed.

In this case the final governmental agency that could approve their proposed 525,000 sq. ft. harbor mall is the California Coastal Commission. The court should not have even heard the case until after that state body ruled on the project. As we all know, the California Coastal Commission denied CenterCal’s illegal harbor mall project, and they demanded CenterCal withdraw it from consideration.  The correct, lawful process would have been to first wait for the Coastal Commission’s ruling, and then go to court, not the other way around. Since this isn’t what occurred, the only ruling in CenterCal’s favor throughout their multitude of litigious assaults on Redondo Beach should be thrown out. Once that is done we can finally begin revitalization of our harbor and waterfront.

We are still engaged with the City in that effort and should have updates in the coming months. To make this lawsuit end we need your support. Please Donate to ROW online Here at the ROW Website and help ROW defend you , this public property that belongs to you, defend the law, and defend Redondo Beach.

The court confirmed shills are still in the process of appealing our victory against their personal lawsuit against Mayor Brand and his volunteer Campaign Treasurer, Councilmember Nehrenheim and ROW leader Wayne Craig, and as of January 3 they filed yet another extension. The last time they filed and extension was in October, after they claimed they were acquiring new legal counsel but surprise – that didn’t happen either.  Of course we were wondering how this could happen when Chris Voisey and Arnette Travis admitted under oath they never paid for their last attorney, Bradley Hertz, who happens to be the attorney for Redondo Beach Waterfront, LLC (which comprises CenterCal Properties and Gregory Geiger).

In the meantime court-confirmed shills Travis and Voisey are racking up interest on their judgement debt.  As a result of this huge unpaid debt, one of the shills may be surprised to find out a judgement lien was attached to his home.  That means if court-confirmed shill Chris Voisey decides to refinance or sell his house he will have a rude awaking, as he has to settle our outstanding legal bills first. Thanks to him, co-shill Arnette Travis (who appears to have no assets – hmmm), and Redondo Waterfront, LLC, the legal bills now totals over $1 million. This is money they owe our attorneys for their heinous collusion with a shady, vindictive developer. Perhaps that’s what one deserves for getting involved in a thinly, concealed SLAPP lawsuit (which is against the law, hence the developer using willing, despicable shills) to attempt to personally destroy people exercising their right to exercise free speech.

All this was of course financed by corporate sponsors Fred Bruning and Jean Paul Wardy of CenterCal Properties, and Gregory Geiger of Westport Capital through their Redondo Waterfront, LLC shell company. We should all remember that Gregory Geiger is still on the board of Torrance Memorial Hospital. One has to ask why Geiger still thinks it’s a great idea to build harbor malls in Redondo Beach, and sue Redondo residents who oppose it.

Redondo Beach has been given a great opportunity. The (in escrow) buyer of the AES property has offered to sell a large portion of the land to the people of Redondo Beach at steeply discounted pricing. This means not only the end to the power plant, but the prospect of new, public open space, parkland, and wetlands for the generations to come. We continue to support the leadership of Mayor Brand, whose steadfast, decades-long vision and efforts are much closer to making this a reality.

And in the “What Were you Thinking – are you that dumb?” category, District 4 Councilmember John Gran has single-highhandedly jeopardized the current sale of the AES site. Gran went public with City Council CLOSED SESSION, non-public information at his recent district council meeting stating the buyer of the AES site was in secret negotiations with CenterCal.  People at the meeting were shocked and asked why he was talking about it.  Gran, in his stupor didn’t comprehend that if this secret negotiation falls through it could not only jeopardize the $15 Million dollar lawsuit with CenterCal, but also jeopardize the whole AES power-plant site purchase.  Apart from being an incredibly reckless act, according to legal experts it could also fall into the category of a Brown Act violation. The Brown Act law was created to prevent elected officials from carelessly disclosing confidential closed-session city business without permission of the full council.  Gran’s blunder could put the city at risk of losing the AES-site buyer, or having to pay out the full $15 Million to CenterCal, or both.

It’s time to take action as never before. We need donations to make the additional effort to push CenterCal out, and Rescue Our Waterfront. Once they are gone, we can finally Revitalize Not Supersize our Harbor and Waterfront.