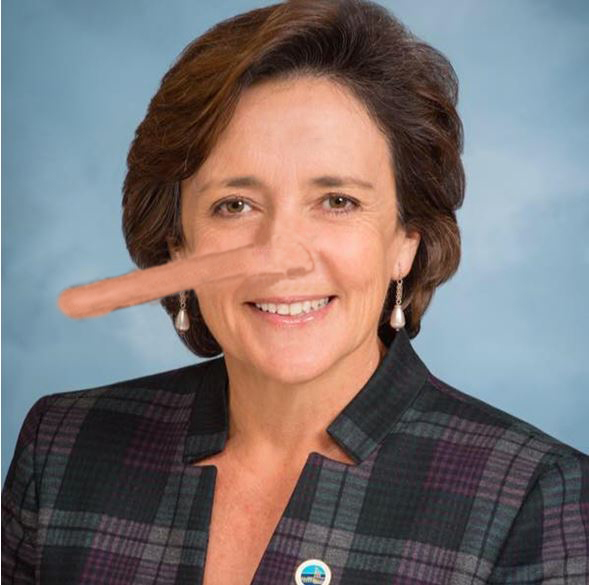 At the candidate forum on 2/13/19, District 5 Council Member Emdee was asked about her plans for the harbor.  She replied by stating revitalization of the harbor and pier would probably be tied up in court litigation for the next 4 years due to CenterCal’s $15 Million Dollar lawsuit – but once again she failed to mention her significant role in causing it!  This lawsuit was the result of Laura Emdee and District 3 Council Member Christian Horvath voting to approve the CenterCal 99-year lease of the harbor, just weeks before the public vote rejecting the project in the March 2017 election.

What was shocking, even for Emdee, is her claim that CenterCal formally submitted a smaller Measure C-compliant project.  Well that’s just false, Ms. Emdee, as on 5/11/18 CenterCal lost in court, and they were enjoined (prohibited) from doing just that, as seen in the conclusion printed below from Page 102 of the court ruling.  Doing so would be a direct violation of a court order, and the Coastal Commission confirmed this when they demanded that CenterCal withdraw their project from consideration.

This is page 102 of the Court Ruling that clearly says to not pursue the project until the EIR complies with the law:

So voting to waste $16.5 million of taxpayer money to buy out a lease early, and causing millions wasted in legal fees were not enough: Council Members Laura Emdee and Christian Horvath also violated a court order in their developer advocacy against Redondo residents.

Here’s a screen shot of the Coastal Commission appointment calendar where Laura Emdee and Christian Horvath violated a court order:

Here’s the video of Laura Emdee making the false claims at the candidate forum last week.